It's not surprising that sculpture has been one branch of the visual arts that has lasted since the ancient times, although over time the subjects and symbols inserted in the images changed to reflect the society the sculptors were living in. Based on the nature of sculpture, the carving of three dimensional subjects in materials that usually survive the passing of time, a lot of the art from the past that we can still admire today is in sculpture form. But sculpture isn't just something that was done in the ancient times. Just like painting, this visual art style changed over time, following the art trends and the cultural transformation of society, so that even in more recent years, we can still appreciate the work of more modern sculptors, whose works perfectly blend in the way we see art today.

One sculptor who left his imprint on the modernism movement was Constantin Brâncuși, who is considered one of the most influential artist of the 20th century. Although some of his most famous arts is based on clean geometrical shapes, there was also always a hint of symbolism of primitive cultures. One of the greatest works of Brancusi has to be the Endless Column, a vertical sculpture that was commissioned to him as an homage to Romanian soldiers of WWI. 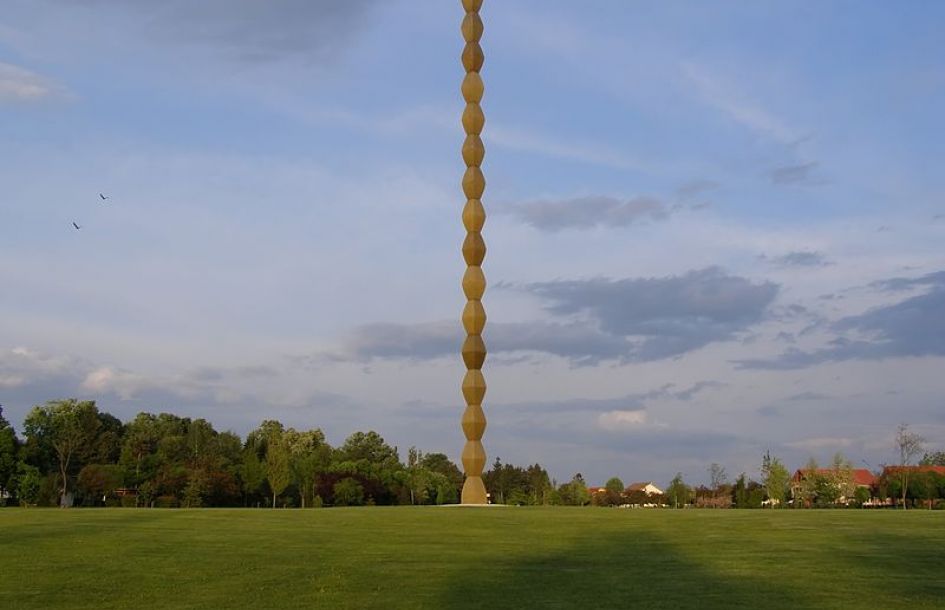 The Constantine collection is a homaged inspiration to the scultpure, which impressive height is a hint to infinite beauty. We re-interpreted the vertical look and geometrical romboids, adding a combination of different shades to create a kaleidoscope look. We designed the collection to create a vertical repeated installation, which gives any room the idea of higher ceilings and a more spacious environment, while also providing decoration to the wall where the graphic is applied.
Enquire 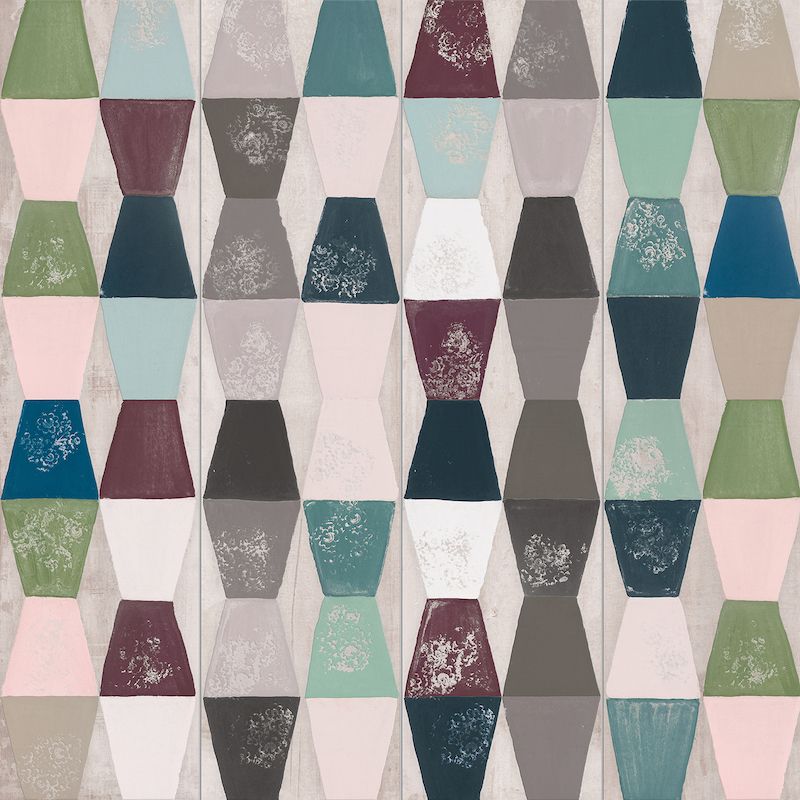 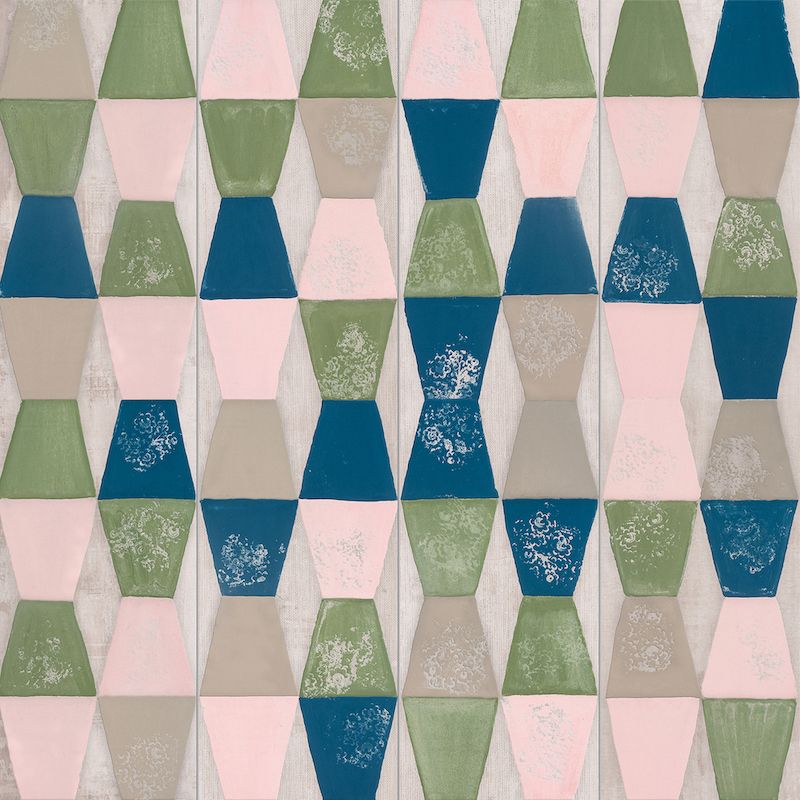 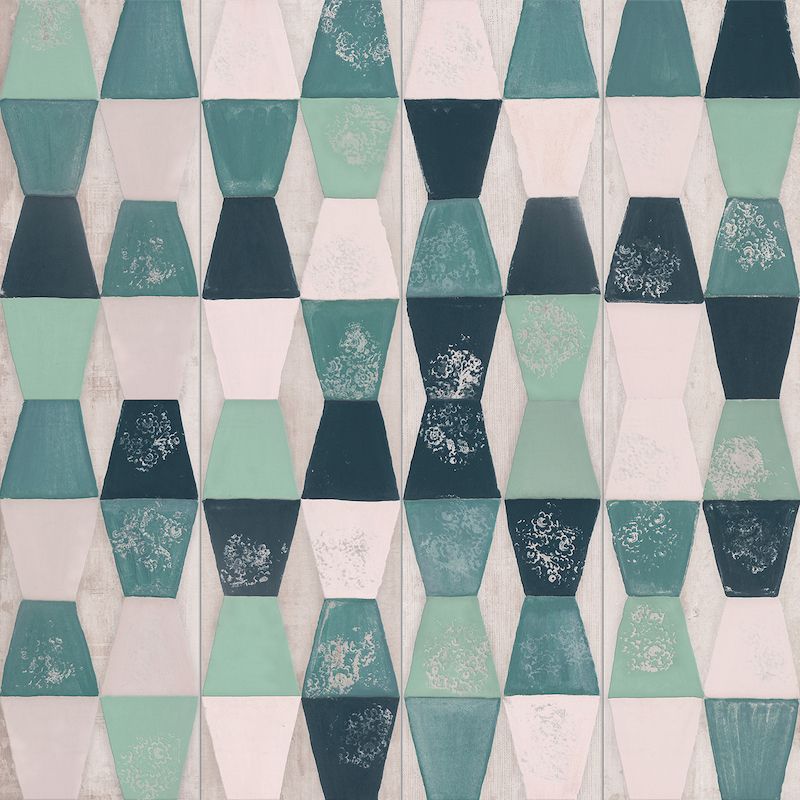 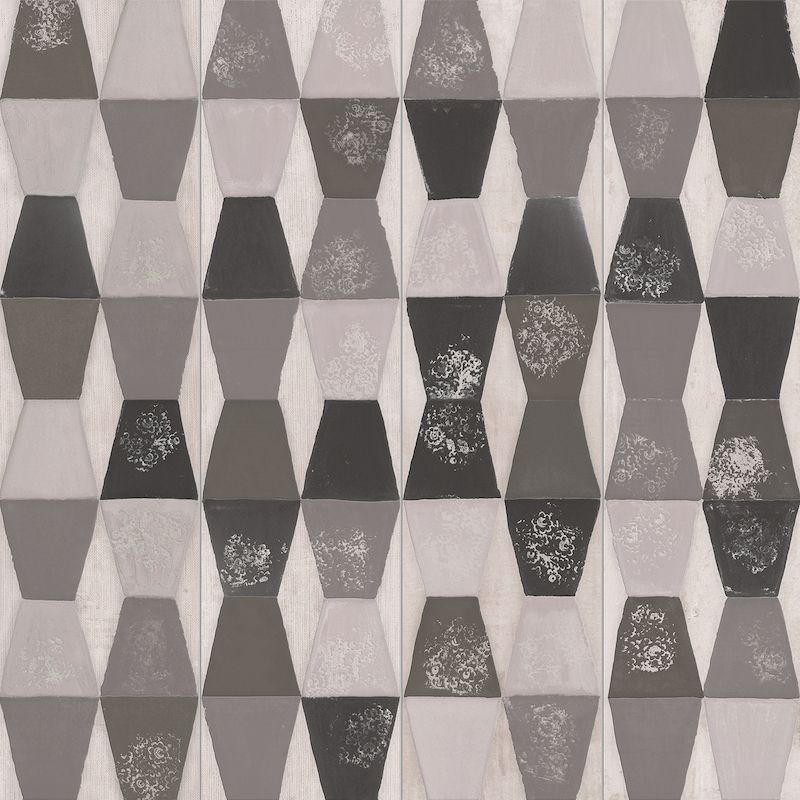 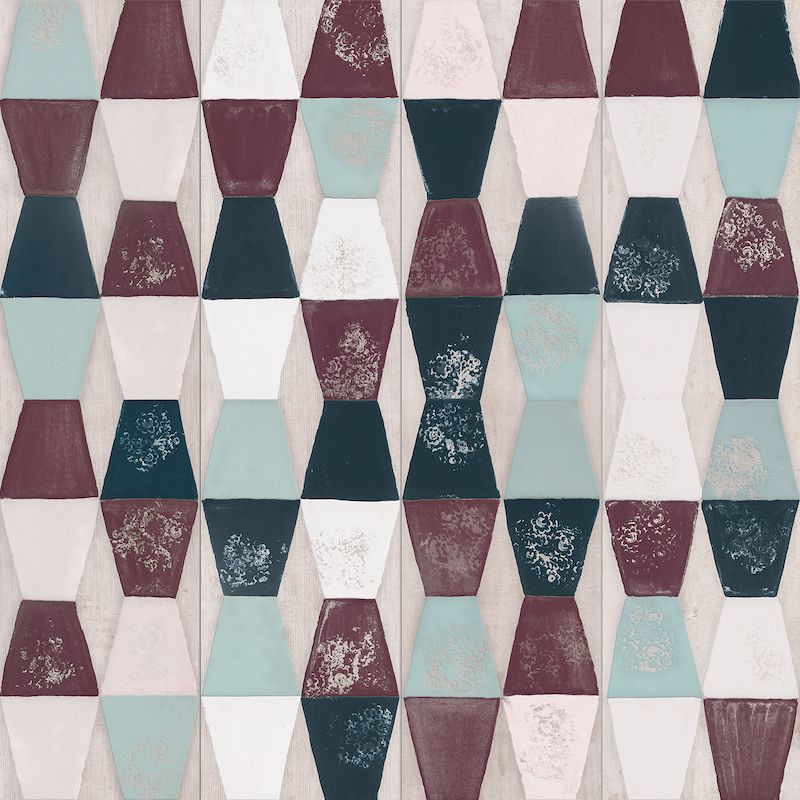